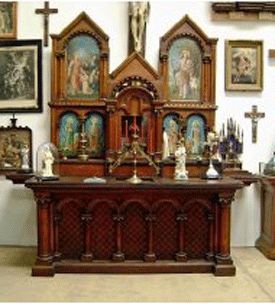 Orchids have the reputation of being difficult to grow in the West. Gardeners shy away from attempting to grow them because they think that they are a problem to grow and because they are expensive. This is easily understood, but there is more to the story than that. The fact is that most countries have their own native orchid species, so it is not that difficult to grow orchids wherever you live, if you pick the right species.

The other side of the coin is that what most gardeners in the West think of as orchids are orchids from exotic countries and they can be a problem to grow. I say a problem to grow, but that is not the whole story either. If you can make an environment equivalent to where the orchids come from, it need not be difficult at all.

A lot of the spectacular orchids are parasites, like mistletoe is a parasite plant in the temperate countries of the West. These orchids frequently grow on trees. In trees and on trees, that is. So, their natural environment is to be attached to the bark of a living tree or to get lodged in the fork of a branch.

The orchid will then draw its nutrients and water from the inside of its host much in the same manner as does a flea or a bed bug. Another thing to become aware of is that if a plant lives under the canopy of a tree, it rarely, if ever, experiences direct sunlight. Wooded regions are also pretty humid. It is also worth mentioning that exotic plants normally come from warm or hot countries.

Therefore, if you can reconstruct these conditions of providing warmth, humidity and a host, growing exotic orchids should not become that much of difficulty. And in truth, it is not, although in the West it may necessitate a greenhouse.

Thailand is home to many parasitic orchids, most of which grow on trees in the forests, which are warm to hot and humid, but most Thais do not live in those conditions. Most Thais live in either open villages or cities where conditions are not favorable to growing jungle orchid varieties. However, most Thai gardeners do not need or even have greenhouses.

Instead, if a Thai gardener is interested in nurturing jungle orchid species, he or she will buy (or acquire) the root complex of a dead tree which also has a tree stump of, say, a metre attached. They will then move this tree stump in to a very shady place, say, under a canopy and grow their wild jungle orchids on that.

How is that done?, you may ask. Well, it is actually simplicity itself. First you acquire a sample of the orchid and then you affix it to the stump with a ‘strap’ of something that will both allow the plant to grow and to breathe. Most Thais use some of the fibres from inside a coconut.

The gardener will strap the baby orchid to the stump using the coconut matting as a band-aid with either staples or small nails. By the time the orchid has buried its roots into the host, the matting will have rotted away, as will almost certainly the staples.

The only thing left to do is to keep the tree and the infant flower well watered so that it can suck the remaining nutrients out of the dead tree. They will flourish for many years under these conditions and the tree stump will be a living flower pot, of sorts.